The idea of the Feedbacker started as the idea of an orchestra captured on one guitar, 8 strings to cover a wide specter of sound and a mix of onboard effects like distortion, delay and modulation to keep the sound flowing through the buil-in speaker, unintended consequence; FEEDBACK.

The feedback proved to be an instrument in itself, and capturing this feedback became paramount. The instrument was Heavy as hell allready but the effects range was expanded from the original version, adding pitchshifter/delay, eq and such creating an instrument harnessing the feedback, now intent on molding it.

As a creative instrument and the blend of effects and playability the instruments, the sound is that of a captured speaker, sound generated on the guitar body captured by supending a guitar pickup above the speaker of the onboard guitar amp, And as for the instruments playable  quality it is unpredictable, random at best and perhaps only suited for improviced, noise, drones and odd -sounds.

With spurts of  harmonic potential, either as a noise element or as an Solo instrument, able to generate dual layers of sound.

IJIN allein sessions are made using the Feedbacker in such a manner.
The concept is being expanded upon creating a version 2.0 with similare but other type solutions to the same concept. 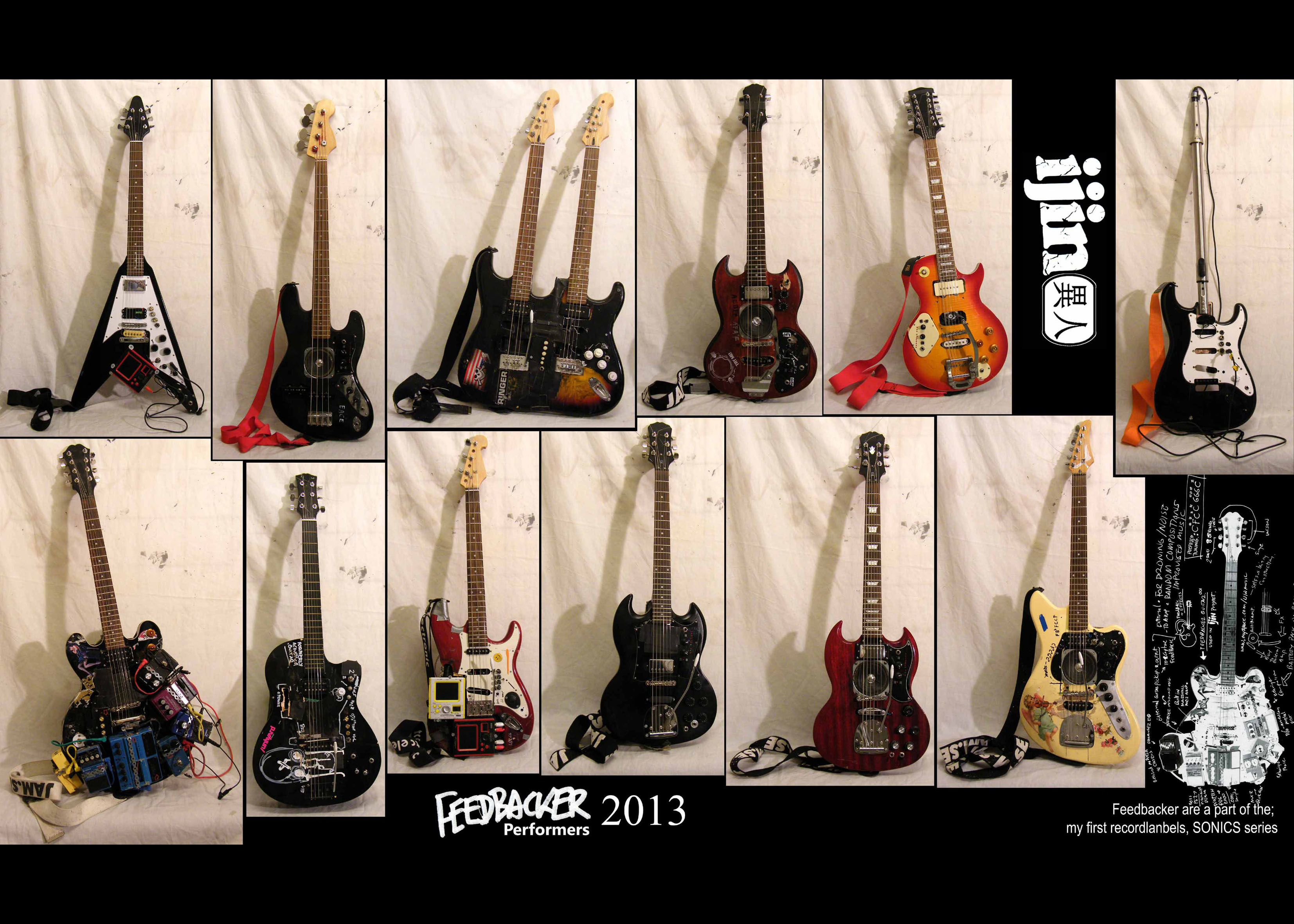